During the August harvest, the smell of peppermint freshens the air over Clatskanie, Oregon, where third-generation farmer Mike Seely '84, '09 MBA is finding sweet success in a crop that once nearly bankrupted him.

"We've been raising mint forever," says Seely, who paid his WSU tuition farming the fast-growing perennial. He first farmed near Vancouver before buying his home farm along the lower Columbia River where the moderate climate and rich soils are ideal for growing the flavorful crop. He earned his first degree in electrical engineering, but unlike his siblings he never strayed far from farming.

This year, the Seely's peppermint patties and other candies are available nationwide. But just seven years ago that fresh aroma nearly faded from the breezes blowing inland off the Pacific Ocean.

As the world's toothpaste and gum makers were switching to cheaper oils from Asia and synthetic flavorings from Europe, the domestic mint market plummeted and the Seelys lost $100,000 on their 2007 crop. "We thought we were done raising mint because the price had been bad and we were tired of losing money," says Seely's wife Candy, also an electrical engineer-turned-confectioner.

That fall, the couple visited the Portland Farmers Market, desperate to find a more profitable crop. Instead, they obtained permission to sell small bottles of their essential mint oils, thinking customers could use the flavorings in their own kitchens like the Seelys did at home.

The Seelys quickly wearied of telling people how to use the oil, so for the second week Candy made peppermint patties and other confections to sample. But instead of buying oils, the customers said, "We don't want to make it, we want to buy it," she says. "By the third week, we were making mint patties for the market."

Over the next few years, a handful of small Portland markets sold the Seelys' candies. That changed in 2011, when Denise Breyley stopped at their booth and fell deeply in love with the Seelys' signature candy.

Breyley gave them a trial run in a few Portland-area stores, then expanded sales across the Northwest.

"Mike and Candy are obviously very passionate about what they do," says Breyley, who likes that the Seely family oversees the entire process from soil to sale. "They have a real commitment to quality."

As the Seelys saw the potential for their products rise, they hired design and marketing experts to help build a national brand for their candy patties, barks, melts, and mint teas.

This year, every Whole Foods store in the country-more than 300 locations coast to coast-will carry the brightly hued Seely brand, including special-recipe candy just for Whole Foods. Including the natural foods market, Mike Seely anticipates their candies in roughly 2,000 locations by year's end.

Following the 2014 harvest, the Seelys broke ground on a 4,000-square-foot candy-making facility on their Clatskanie property and plan to employ 50 to 100 people by next year, up from the 31 mostly part-time workers they have during harvest. They are modernizing some of their processes, such as packaging, while continuing to make the candies by hand.

Seely credits their success, in part, to advice from professors and fellow students in WSU Vancouver's MBA program. He repays their help by sharing what he's learned with current students. The Seelys also donate a portion of their profits from Seely candies sold on campuses back to WSU.

"They have a very good product," says Joe Cote, one of Seely's business professors at WSU Vancover. "They put in a lot of effort to make sure things work."

As Seely constantly turns knobs to control the pressure and temperature of steam used to distill the oil from mint leaves, he describes the extraction process. Boilers pump 350-degree water into the bottom of large bins stuffed with chopped and dried mint, a perennial plant harvested much like hay. As the steam rises through the load, it carries the oils out a pipe and into a receiving tin, where it condenses back into liquid. The oil rises to the top and is skimmed into 55-gallon barrels.

Each of those two-ton truckloads of chopped mint produces about 7.5 gallons of pure oil, enough to flavor three million sticks of gum. A new truck arrives every 15 minutes, from dawn to dusk, during several weeks of harvest.

The Seelys grow more than 400 acres of heirloom black Mitcham peppermint, plus a much smaller crop of native spearmint. Most of the mint is processed for its oils, although the family also saves some for whole-leaf teas.

"We raise mint the way my grandparents did. That's what separates us from almost everybody else out there," Seely says. "The new focus is on yield. It's not about quality, it's about price."

Seely, by contrast, only cuts each mint field-some of which are more than 50 years old-once a year, and does it precisely when the plants have 3 percent to 5 percent bloom. The single harvest and the timing result in more flavorful oils, he says. They hoe weeds by hand, release predator insects instead of pesticides, and discourage killdeer from nesting in their fields.

After the scare that nearly pushed them out of mint farming, the market stabilized with less than half the original U.S. acreage. Scares tied to foods from China and growing consumer interest in natural ingredients help keep their oil in demand, Seely says. The bulk of the family's oil still sells to brokers and finds its way into mass-produced toothpastes and mouthwashes, gums and candy canes.

And there's room to grow. Two of the Seely's four children, Warren and Alayna, both current Washington State students, are buying up additional acreage and plan to more than double their parents' mint production while also raising livestock.

Warren Seely, a mechanical whiz known in agricultural conference circles for his scale-model farm equipment built with Legos, is tinkering with an improved harvesting method that will separate mint leaves from the unwanted stems in the field. The innovation would cut back on the energy used during harvest and distillation.

"I've always known I wanted to go back into farming," Warren says while driving a load of mint just days before returning to campus to finish his own degree in electrical engineering. "There's always ups and downs, but the downs make you appreciate the ups even more." 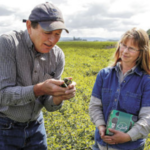 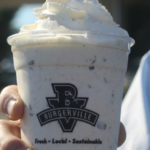 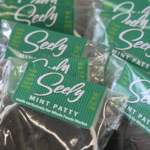 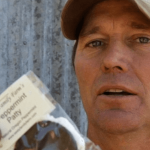 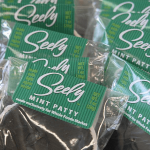 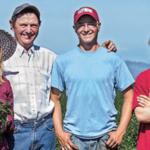